Defining himself as more an image builder than traditional photographer, Ohio native John Chakeres revels in expressing the beauty of the world around him through studies in order, texture, form, surface, color and light. 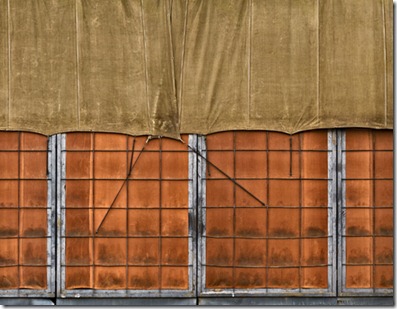 The works represented in Structure--photographs of brick walls and wooden fences, car park ceilings and factory facades-- resound as the digital photographer's answer to trompe l'oeil. At such astounding visual clarity, one can't help but imagine the softness of the fabric in "Canvas Wall" or the grittiness of dust between the bricks of "Painted Wall" between their fingers. 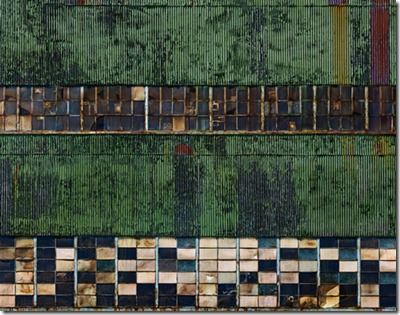 Concomitant to his studies in photography and printmaking at Ohio University in the 1970's, Chakeres studied under the tutelage of Ansel Adams, a relationship that later led to an assistantship in Adams' studio and the beginning of his decade's long career as a fine art photographer. His work now resides in the permanent collections of the Museum of Modern Art, the Museum of Contemporary Photography and the Tweed Museum of Art, among others, and has been seen nationwide in group and solo exhibitions alike. 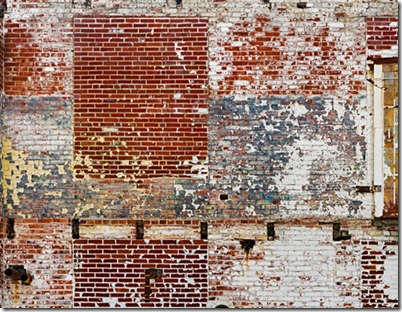 In addition to the publication of three books, Chakeres has also enjoyed a contributing editor post at Photomethods magazine (1986-88), been featured in numerous periodicals, and has taught photography, printmaking, and digital imaging at Ohio University, Columbus College of Art and Design, and Columbus State Community College. 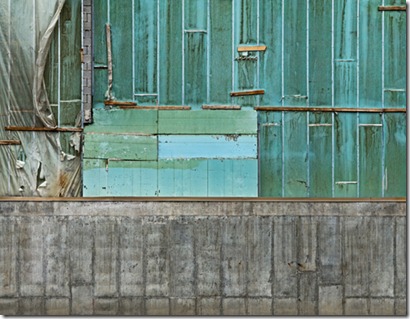 For the full collection of images from the Structure show, please visit our current exhibition page here.

Congratulations to Rita Bernstein for the recent announcement of her inclusion in the BWGAllerist "Best of the Best" Emerging Fine Art Photographers of 2011! Transgression, hand applied silver emulsion on Japanese gampi paper (from the Lament series)   The…

Please note, as of March 1, 2012 the prices of Niniane Kelley's work will be increasing from $800 to $1,200. Snapdragon   "Drawn to photography for both the immediacy of the image making process and the intrinsic alchemy of the darkroom ritual, she…

In anticipation of Photo LA this weekend (January 12 through 16, at the Santa Monica Civic Auditorium), Los Angeles based photographer and recent John Cleary Gallery exhibitioner, Susan Burnstine, is offering a two day only special on one of her most recent…

Please join us Saturday, January 14, from 6 - 8 p.m. for the opening of David Fokos: New Work. The exhibition will run through Saturday, February 11. The artist will be in attendance for the opening reception. Steam, Glen Cove, Washington, 2000     The…

Photographer Isa Leshko has had quite an exciting past couple of months and the John Cleary Gallery is pleased to share with you a "round-up" of sorts of the recent press regarding acclaim for her Elderly Animal series. Moonie, Age 32   Today's New…

The John Cleary Gallery is excited to announce the release of a new, special edition print by Rolfe Horn: Twelve Stars, Northern California (2011) - $400   In addition to being produced in a special limited edition of 25, Rolfe has also introduced…