Oxford American's "The Visual South" 100 Under 100: The New Superstars of Southern Art 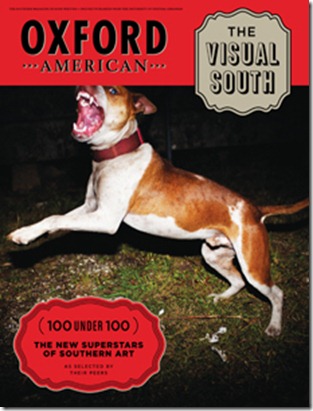 The John Cleary Gallery is pleased to congratulate photographers Keliy Anderson-Staley and Blake Fitch, as well as fellow Houstonian and friend of the gallery, Shelley Calton, for their inclusion on such a prestigious list!

Here's a sneak peak at the selected pieces and the comments featured in the magazine, with an appearance from our very own John Cleary Gallery owner and director, Catherine Couturier! 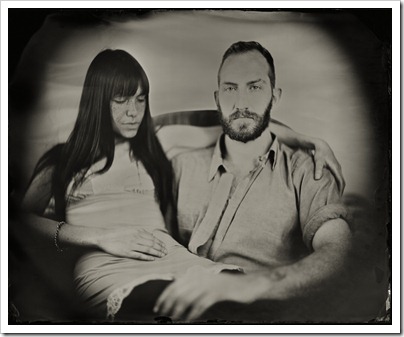 In "[hyphen] Americans" (2008-present), Keliy Anderson-Staley's portraits of contemporary Americans, each image is made as a unique and un-reproducible tintype image using a technology and a technique from the middle of the nineteenth century. These subjects appear as if they have been transported from an earlier and more serious time when the making of a portrait was a slow, difficult, and rare event: when the image was a landmark in the sitter's life.

In our modern society, the ubiquity of images, camera phones, and the digital availability of innumerable images has inured most of us to the potential "presence" that an image of others, or even of ourselves, might possess. Such an idea also runs the gamut of her work, including a color series about families living "Off the Grid" (2010), or free of a life encumbered by electricity. Now, she teaches those ideas near her home in Russellville, Arkansas. 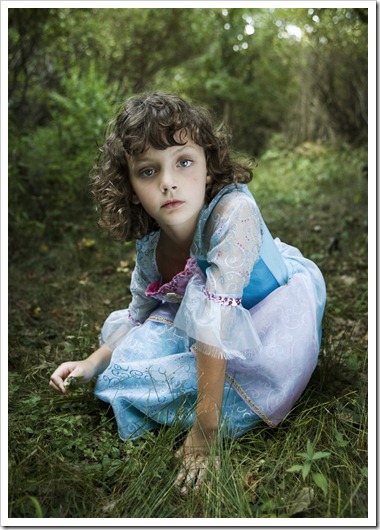 In her project "Expectations of Adolescence," Blake Fitch explores the transition from childhood to womanhood. Through photographs of her cousin and younger sister over a period of ten years, Fitch captures the simple moments in a girl's search for identity. The series is powerful yet innocent, romantic yet strong, and its pensive nature encourages one to consider his or her own evolution from a time that was to the time that is. 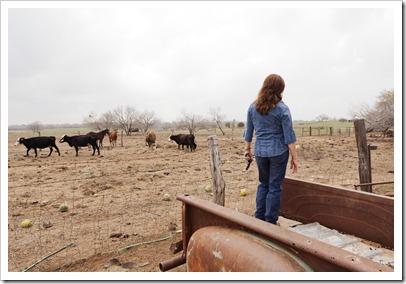 I've had the fortune of watching Shelley Calton evolve as a photographer. One of her early projects, "Hard Knocks: Rolling with the Derby Girls," presented a gorgeous series of silver-gelatin prints of "empowered women," as the artist says, who "transform themselves from moms, teachers, and business women into competitive athletes." Two other bodies of work,  "Invisible Thread" and "Necessaire," offer tantalizing glimpses of feminine accoutrements--silky underthings, a powder puff, an old-fashioned cigarette case. She is currently working on a new project, "Licensed to Carry: Ladies of Caliber," that focuses on women who own guns. In all of her photographs, Calton embraces and captures distinctive facets of feminine energy and strength.